Competition is always something that gets the blood flowing, causes excitement, and forces us to do our best. Mix that with fashion and imagination and you most likely have a perfect combination on your hands!  That’s what the fashion event “Style(ish)” brought all those in attendance earlier this week, style, imagination, and a lot of excitement.  ROE The Agency put on a show inspired by the current fashion geared reality show “The Face” in which three supermodels are charged with leading a team to victory. 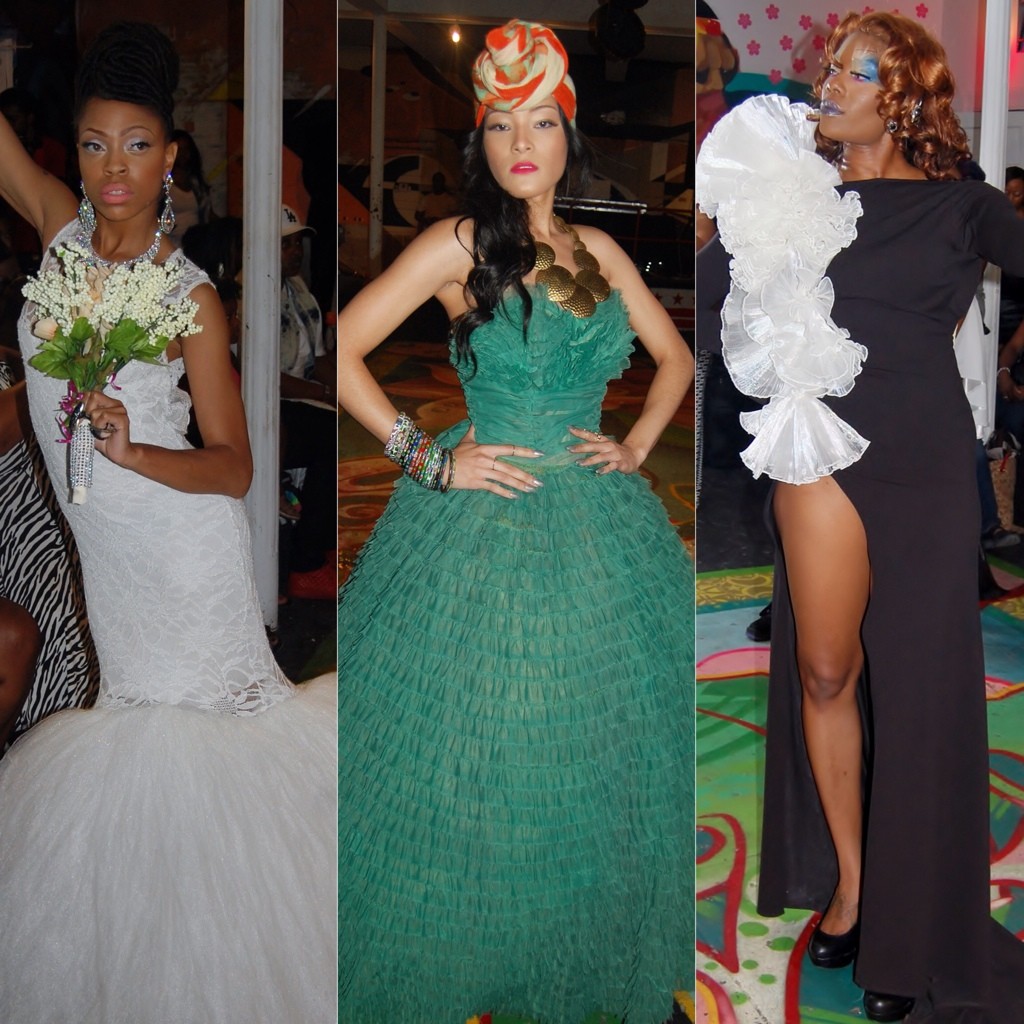 Taking the reigns as Team Leads were Harley Morgan, CEO, Terrance Payton, Director of Operations, and Desmond Handon, Male Model Coordinator for ROE The Agency. Each leader developed a team to showcase a dramatic fashion presentation, acting as curator, designer, stylist, and also responsible for their teams’ cosmetic artistry and hair!

Desmond Handon was the first to present. Des is a fashion designer in his own right and showcased his newest line, EthniCITY Resort which he states was inspired by Pop Culture.

“I wanted to create something soft, sexy, and glam but also exotic enough to push boundaries.” ~ Desmond Handon

…And as witnesses for everyone in the audience, pushing boundaries is exactly what he did! Desmond stated that he thought about how every woman would want to feel on the most beautiful day of her life; her wedding day. Digging in the crates of his previous designs, he borrowed from himself to transform a dress by adding elegance but keeping it sexy and classy at the same time. For the men, he challenged himself to use feminine fabrics while keeping the line masculine.

Harley Morgan’s team was up second. Harley states that he selected “show stopping” and “intense” models for his team that would stand out as striking, sexy and captivating!  Harley worked with Designer Alex Risimnic of Alex Risimnic Couture, and chose his “Black and White Collection” for his fashion feature. His theme was High Fashion Super Villains and added a story line: In their pursuit to destroy mankind, they were “frozen” by the last standing superhero for just long enough for the audience to adore the fashion!

“I chose this line because it is striking, attention grabbing, sleek and powerful!” ~ Harley Morgan

….And the fashion and the dramatic presentation was certainly attention grabbing and the makeup was every bit of futuristic!

The finale was presented and styled by Terrance Payton using fabulous items from the collection of the one and only Vintage 78. This team paired high fashion pieces with causal pieces, presenting a high/low fashion feel that could be worn almost anywhere!

“The main goal was to take the seriousness out of formal wear.” ~ Instant Vintage 78

Using the color palate of brown, green, neutral, and black, it was easy to envision these looks going from day to night.  And about this dress…♥♥♥ 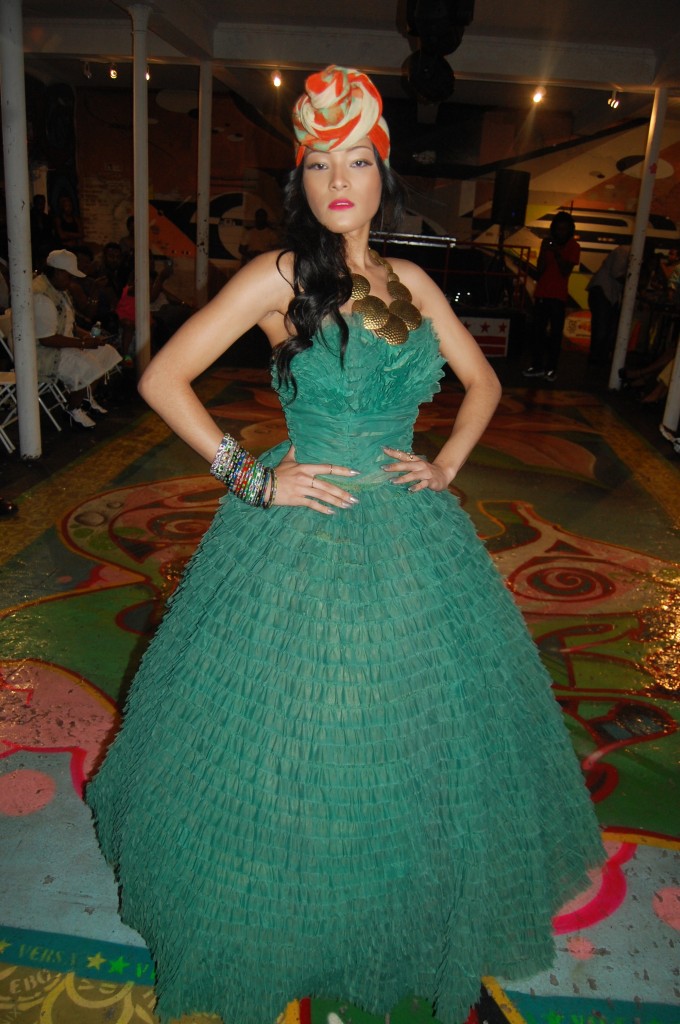 It was a fun filled show for sure, and the venue, Blind Whino, was the perfect location.  An old church turned into a 501(c)3 Non-Profit Organization and event space geared toward cultural community service for the arts, is painted on the walls and floors and looks like a work of art within itself! There were also vendors such as Bearded Kingz, New Vintage by Sam, and our girls from Haute Crave Boutique in attendance selling one-of-a-kind items.  There was a bar and beautiful cupcakes by Patrise of This Chick’s Got Cake who made an amazing display and edible presentation.

Check out who was in the audience:

If you haven’t noticed already on Style Stamped, we have fun at our attended events!

Join in on the fun of this event and leave a comment below telling us which of the three presentations you liked the best. 🙂 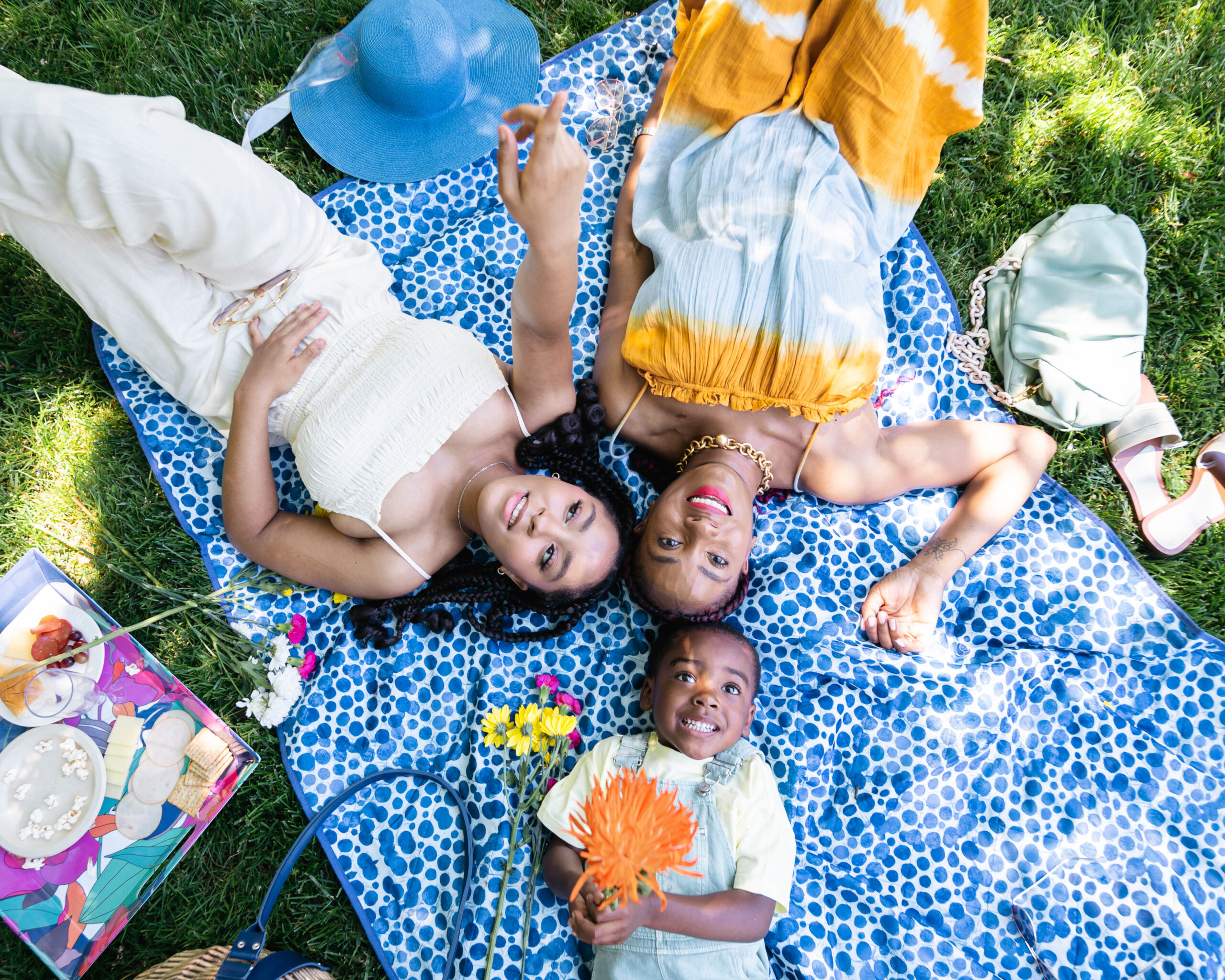 Why a Staycation is the best ‘cation! 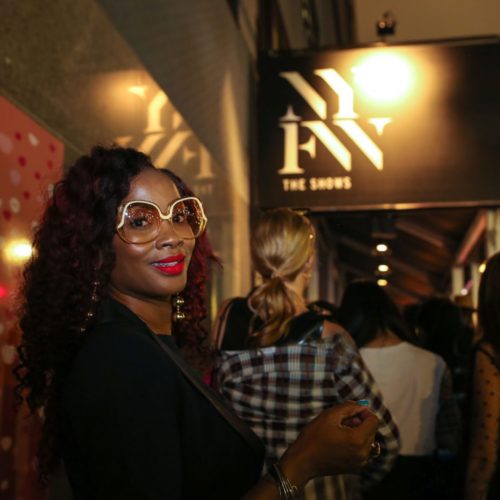 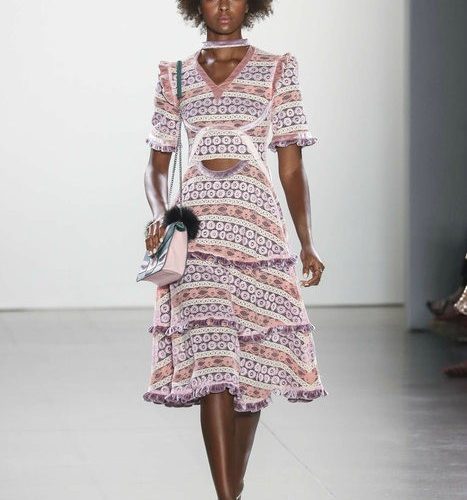