It’s been a while since my last post as I’ve been letting life get in the way.  Honestly, I have no excuse other than not balancing life properly in both my external and internal life affairs. What have I learned and continue to learn during this time? It’s never too late to start again or to keep going. So that is what I’m doing with this post. Instead of the original title “Little Black Dress,” it’s now “Back To Black”. Black, as in a clean slate – not starting over, just starting again. It’s never too late to start again, or just to keep going. Life is a series of ups and downs, starts and stops and everything in between. But the reality is that we never really stop until we no longer have life at all. As long as we have breath in our bodies, we have life, and as long as we have life, we have the option to keep going. So let’s go back to black. ♥ 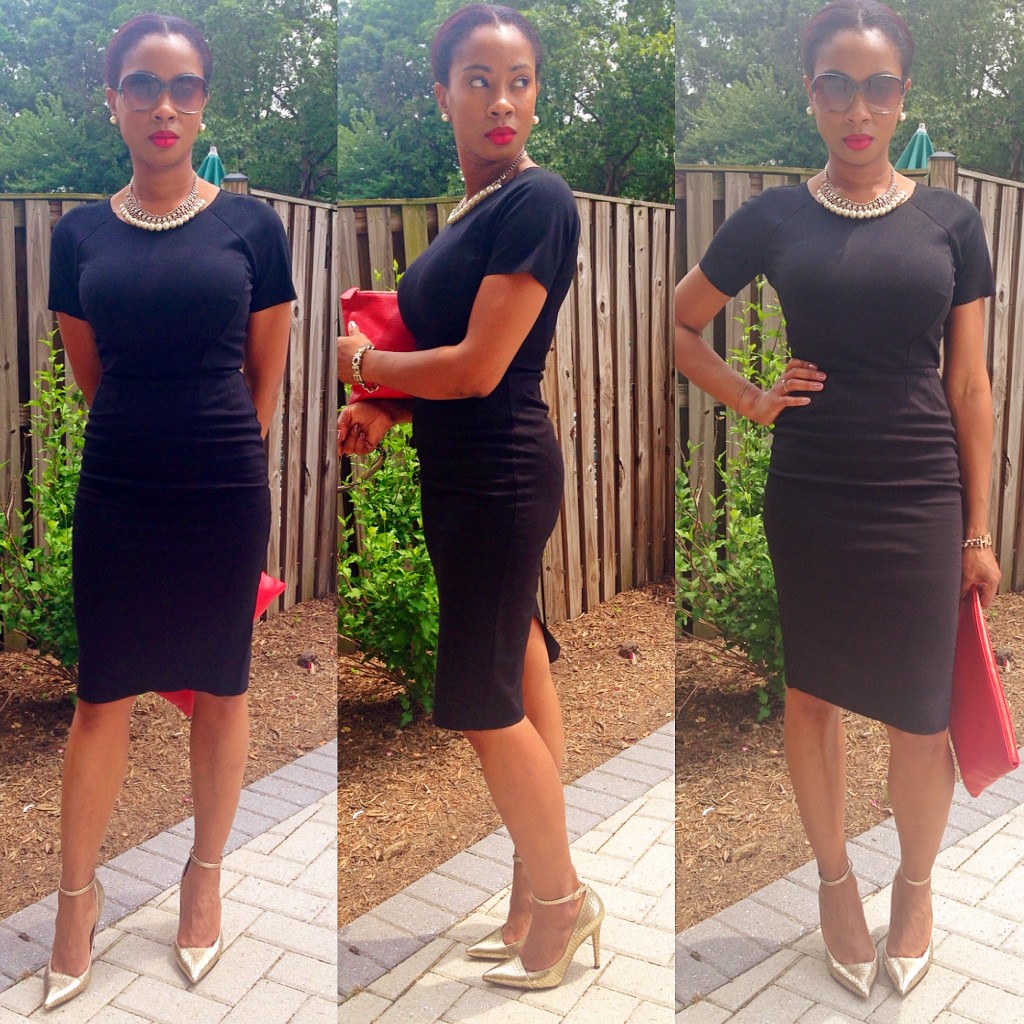 Black is a harmonious color possibly because of its lack of color. Coco Chanel said it best: 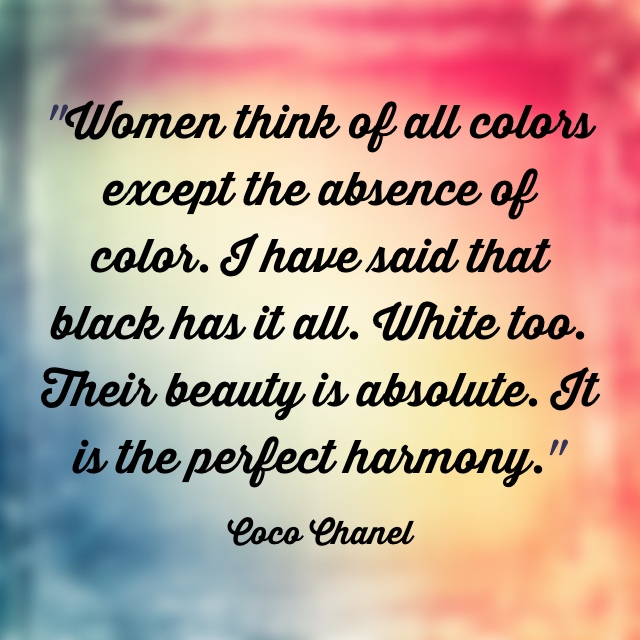 Coco Chanel was familiar with colors of course as one of the world’s most famous fashion designers, but she was also familiar with the idea of life not getting in the way. At 12 years old her mother died of bronchitis and her father sent Coco (born Gabrielle Bonheur Chanel) and her two sisters to live in a covenant provided to care for poor and abandoned girls, located in central France. She learned how to sew in the covenant and used her skill to climb her way to the top in spite of personal drama and trials. One of the rings on her ladder to success was her design of the “Little Black Dress”, still affectionately known as the LBD.  Coco presented the LBD to the world in Vogue Magazine in 1926. It has since been a staple in the both the fashion industry, movie industry, and in most women’s closets!

I found my LBD at H&M online recently.  I bought it in grey back in the Spring and wore it here. I loved the jersey fit so much I had to go back and get it in black. I wore it with gold shoes, a red envelope bag, and a pearl and diamond necklace from H&M. The necklace is what officially makes the look a LBD! 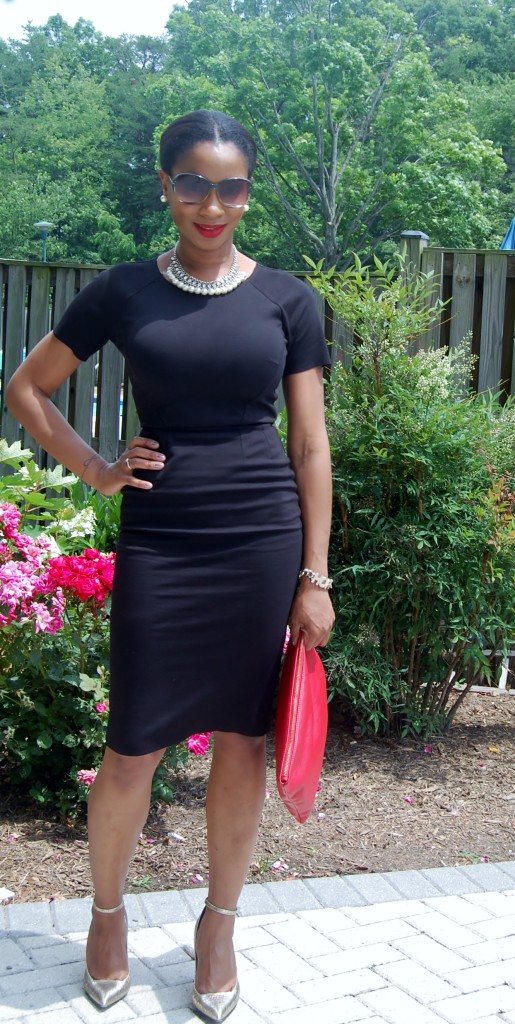 There is something bold yet refreshing about a simple black dress. I don’t wear black often, especially in the summer months but I felt a certain sense of power and confidence wearing this LBD. It made me happy. 🙂 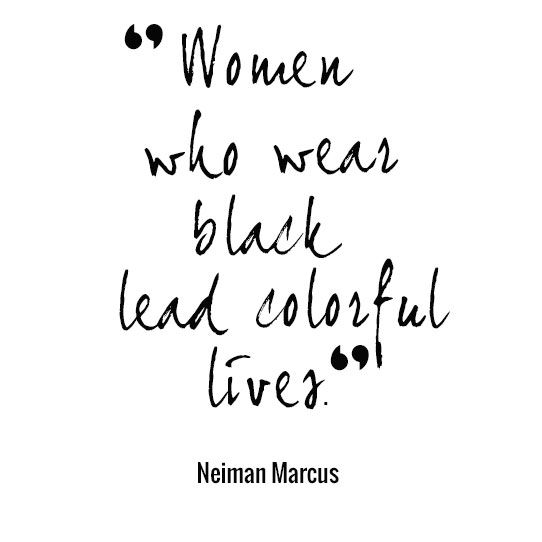 The best thing about a LBD is that it can be worn for any event or occasion where as white on the other hand has limits (if you believe in fashion limits).  As Karl Lagerfield said: 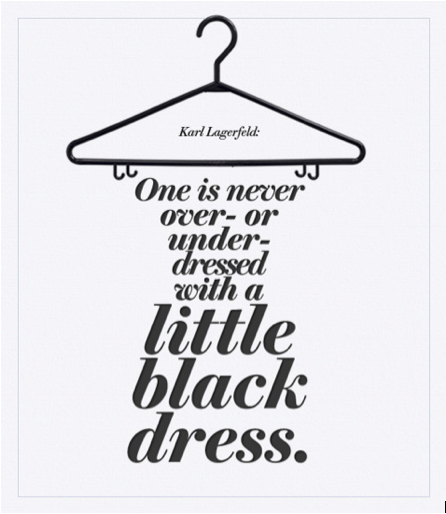 Back to Black by stylestamped

The next time you need a pick me up, instead of brightening your outfit with color, maybe you can try black.  Wear it as a staple of power, goodness, strength, and motivation to keep going when times get tough or life starts to get in the way. Keep going and be yourself. Let hard times continue to push you into who you are truly meant to be.