There are so many places to visit in New York City that have a rich history. This particular neighborhood, SoHo, has a history rooted in style that lives on today. 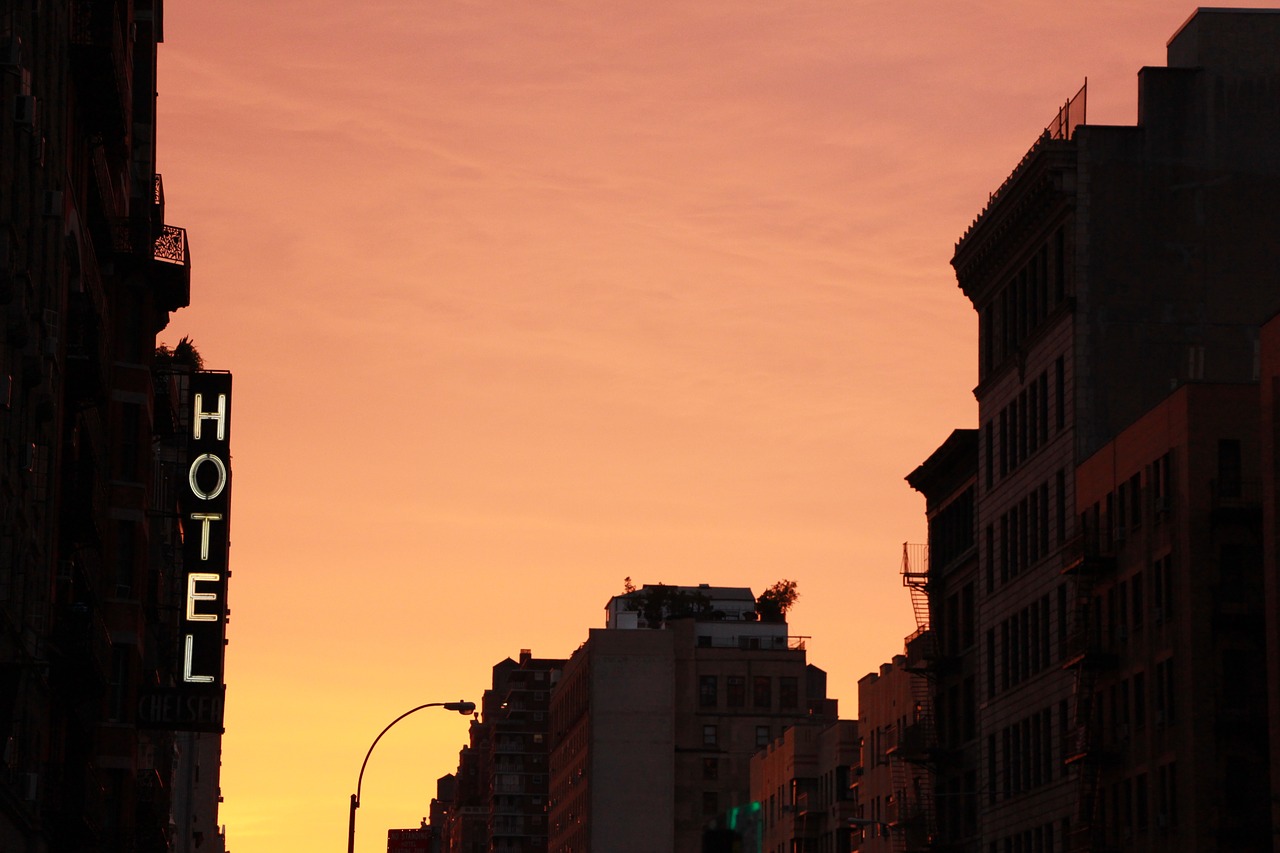 When walking on the streets of SoHo in New York City, it’s hard to imagine that this hip neighborhood was once a featureless industrial wasteland. In the 1950’s, it was dubbed as “Hell’s Hundred Acres” because of the rows of sweatshops and factories in the neighborhood. Today, it’s a largely upscale community that has a collection of beautiful buildings, interesting shops, and a nice and stylish local population.

The first thing that will catch your eye are the cast-iron buildings that have become SoHo’s trademark. Two of the most noteworthy are the E. V. Haughwout Building and the Roosevelt Building at 478 Broadway. These buildings, like many of the dozens of cast-iron buildings in SoHo, became the homes of artist-tenants who migrated to the neighborhood in the 1960’s and 70’s. Since then, SoHo has become known as a creative district, with studios, galleries, and shops replacing the sweatshops and factories that previously littered the community. 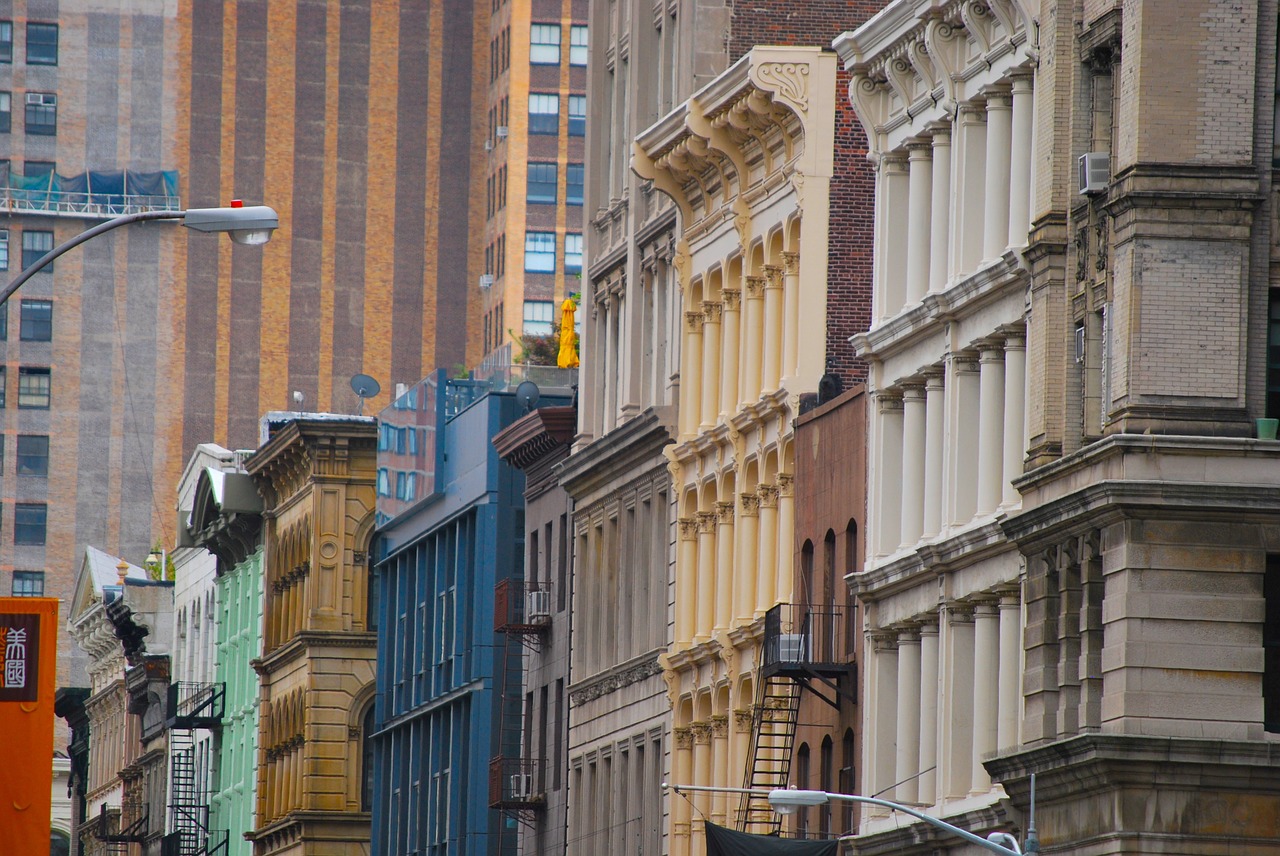 This creative culture had an indelible effect on the community. Local establishments such as The James New York frequently features up and coming artists in their respective exhibition spaces. There are numerous shops in the area, from the big names like Louis Vuitton, Versace and Rick Owens to a number of small local businesses. Each of these shops have their own identity, so even you’re just window shopping from one store to another it can be extremely fun. 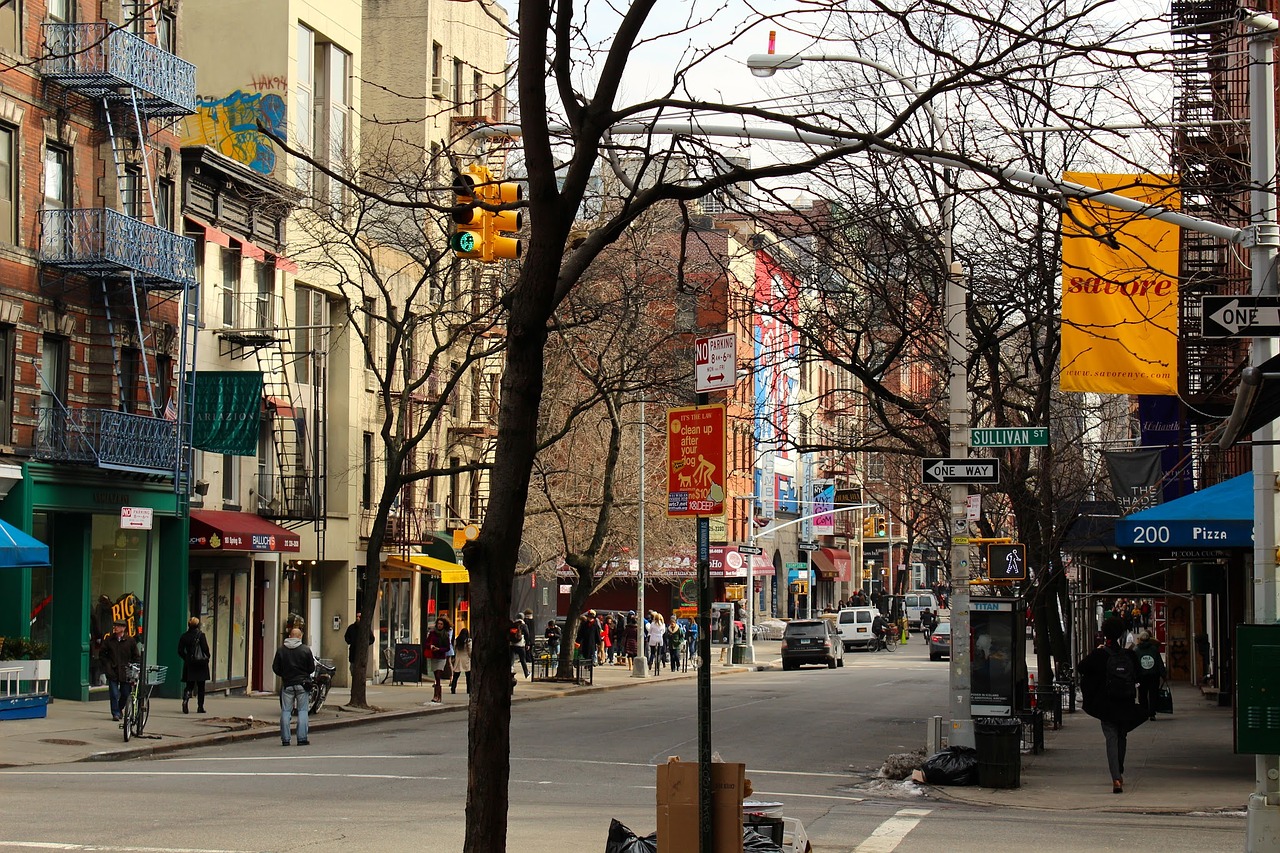 Nowadays, a slew of contemporary buildings have joined the SoHo district. One of these is The Dominick on 246 Spring Street, a shimmering glass spectacle with 46 floors. Near the building are high-end stores such as Salvatore Ferragamo, Drawing Center, and Chanel. The pavements feel like fashion runways with the fashion on show in SoHo. Another structure that stands out is 565 Broome which has a curved low-iron glass facade. These two contribute to the swiftly and dramatically transforming landscape of the neighborhood.

SoHo, like most places in New York City, is always in a state of flux. There are always new establishments to explore. This is also connected to the steep rise in rental rates in the area and the supposed gentrification of the district. Thankfully, the city monitors and regulates new developments, as developers are mandated to submit documents such as their offering plan before a project gets approved. All specifications concerning new developments in NYC are indicated in the offering plan, and Yoreevo notes that this document even shows the tiniest details like the number of trees that will be planted outside the building. This is good for the city in the long-term, as it gives SoHo control when it comes to any changes and helps retain sustainability, especially with the crazy rate in which developments are going up in the district.

But while SoHo is changing fast, a lot of the history and style that it’s known for still remains. SoHo’s style comes from this unique identity, and here’s to hoping that the place will hold on to it in the years to come.

What do you think about SoHo? It’s one of the great neighborhoods of NYC. Check it out the next time you’re in town! 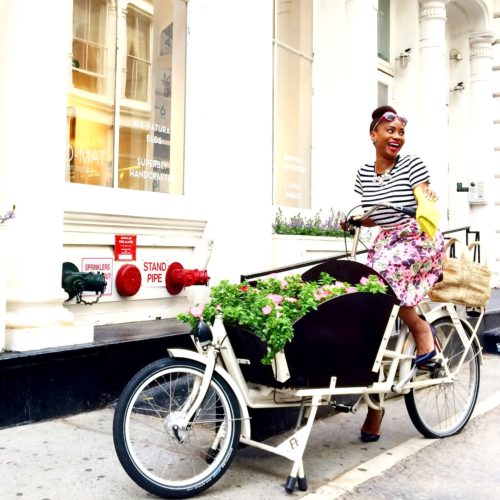 The Polyvore Meetup in NYC