This spring Fashion Houses seem to be stepping up their game, and thinking on their feet on how to best market their collections for 2014. Of course the first option for fashion marketing is the use of celebrities who are already have the public’s eye. What makes a fashion/celebrity collaboration better is when the pairing is right; there is some relation to the actual person’s image and the story that the Designer is telling in his or her collection. This makes the campaign more appealing and helps bring the fashion to life.

Back in September 2013, Marc Jacobs previewed his Spring/Summer 2014 line at New York Fashion Week in what appeared to be a scene out of a trashed deserted beach. Marc explained the scene backstage stating; “It’s more of a weird frat party, Burning Man, shores-of-Gotham City sort of beach scene. It’s a lovely nightmare, or it was for me anyway.” He also stated “I didn’t want the cliché of Spring and Summer, I wanted it to be about girls who have no problem coming to work in a Victorian gown and Birkenstocks.” This makes sense, being that his collection is quite dark, with deep burgundy’s and navy blue, green, funky patterns and hard silhouettes.  There are also a lot of tassels and embroidery, long sleeves and what looks like heavy material. There was not much that revealed this collection was meant for the warmer days of the year, but quite the contrary and totally unexpected. Now to continue in this trail of unexpectedness, guess who has been chosen to be the brand ambassador for this collection? The most unexpected face of them all. Miley Cyrus. But in some strange way it makes so much sense…. 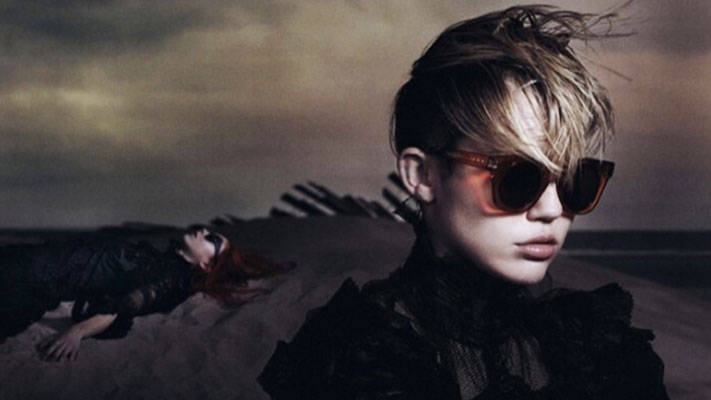 Miley appears to be lost on the beach in this released photograph. What makes this a perfect casting is Miley’s behavior in the past few months and all the attention she has received. In most of her pictures she’s seen with bright red lips and her tongue sticking out. Way out. She’s received a lot of attention from her skimpy outfits and twerking and strange behavior, acting as a total opposite of who society claims she should be after spending her teen years as Disney’s sweetheart Hannah Montana. Party girl. Or not? She’s unexpected. Just like the collection she’s now representing.

I am looking forward to more from this lookbook. Miley’s pout and cropped blonde cut represent the collection, adding a sense of calmness. I’m not sure if the collaboration will add sales to this somewhat odd collection, but it will at least give us something to look at! And I’m excited to see Miley in a different light. She’s a pretty girl especially with her tongue in.

What do you think of this collaboration? Check out more of the Marc Jacob Spring/Summer 2014 ready-to-wear collection here: 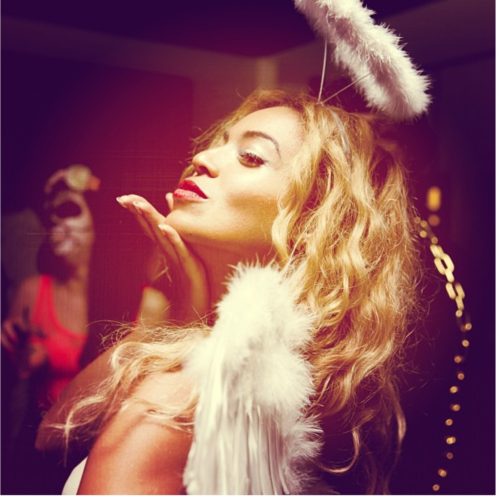 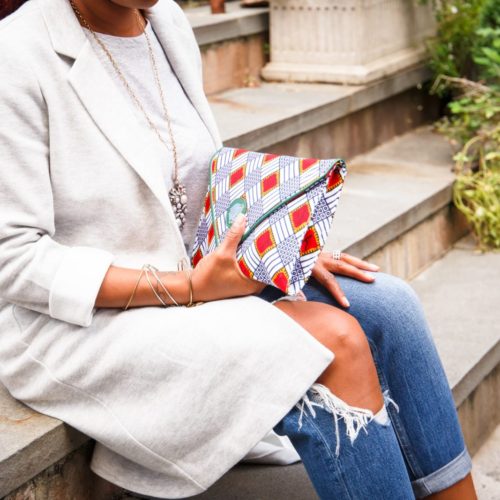 What to Wear: The Perfect Longline Jacket 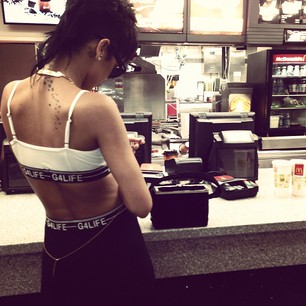 Rihanna’s Mullet…StyleStamp or Nah?
Stylist Files: Taking the Old with the New Year
Fashion Friday: Happy Endings for the Coldest Week of the Year!

[instagram-feed]
Deprecated: genesis_footer_creds_text is deprecated since version 3.1.0! Use genesis_pre_get_option_footer_text instead. This filter is no longer supported. You can now modify your footer text using the Theme Settings. in /home/ku4glq44q69w/public_html/wp-includes/functions.php on line 5237