I’ve never written a post like this before, and apologies in advance for the length of the post, but I feel compelled to speak on this. Along with more than half of the nation, I am on my second day of looking at America through different eyes and with a heavy heart after hearing the election results this past Tuesday. I proudly did my part by going to the polls, I even took my 12 year old daughter with me as I voted for who I thought fit the qualifications for the highest elected position. I wore pink, white, and blue to symbolize breaking through the glass ceiling in a fun color, a play off the usual national colors of red, white, and blue… I was filled with hope of a smooth transition and a continuance of the most important things that the Obama Administration worked on over the past 8 years. A new administration would bring of course necessary change in some areas and new ideas and policies in others, as expected. I also had the hope of having a woman president, although that was not immensely important to me as I have been extremely grateful and satisfied with the history that has already been made with President Obama as the first African-American to take the highest official position within the U.S. Government. I voted for the best qualified person, her “knowledge, skills, and abilities”, or KSA’s as they call them in the government which put her in the lead for selection. She’s had time to reflect on what works and what doesn’t over the past 8 years as working in the current Administration and her policies and ideals are not threatening to the civil rights of most Americans. 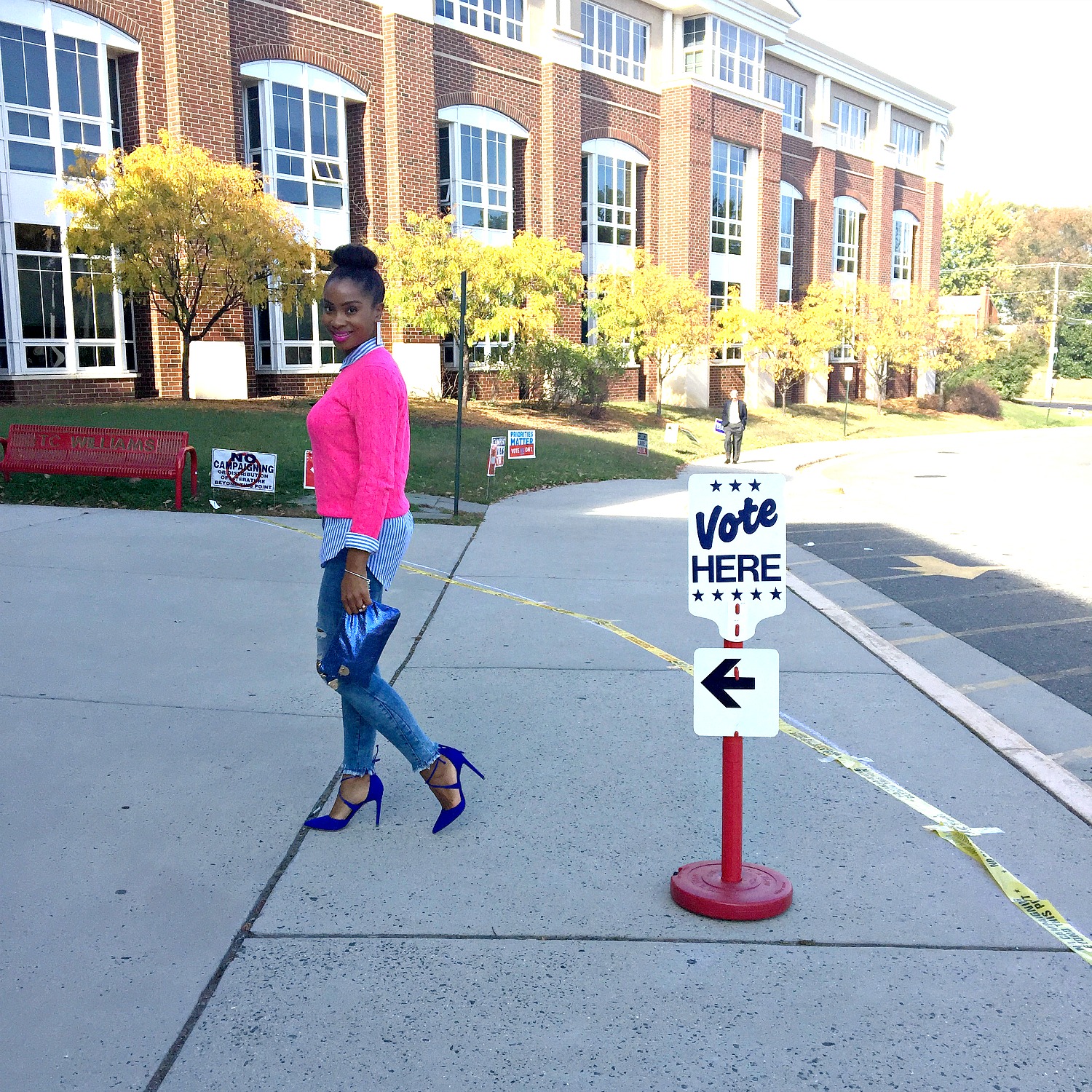 Life is hard enough getting through the day-to-day routines and although its up to us to create our own space of inner peace, being assured of outer peace is a gift as well. A gift that now for many, as a result of the new president-elect and his ideals, seems threatened. Threatened because this man represents divisiveness, exclusiveness, crassness, sexism, and most of all, racism. I’ve personally experienced the disgusting behavior of white men in power, I’ve felt like the women who spoke against him felt, and its one of the most deplorable positions to be in. Its gross. This man has made it seem allowable, acceptable, and okay. Yet 53% of white women voted for him. His supporters are dwelling in the darkness of racism (or ignoring it just the same). They’ve been fired up over someone who calls African-Americans “The Blacks” and Hispanics “Hombres”. Are we slipping away from decency and kindness for others? Muslim women are worried about wearing their hijab’s. I’m not Muslim, and yet this hurts my heart. I do understand that middle America is upset about presumably being overlooked by the Government, they have concerns over jobs, are unsatisfied with policies, etc. But seriously, is this really the best way to move towards getting what YOU want? I guess many would say yes. But at the same time, we’ll never know what most people feel because guess what? Half of the people eligible to vote DID NOT VOTE. 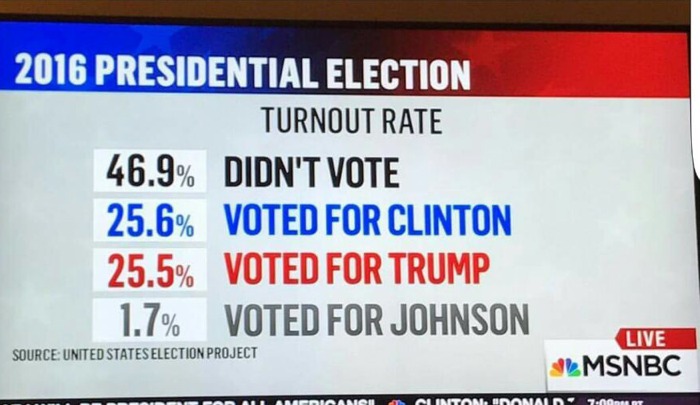 Out of 231,556,622 eligible voters, 46.9% of people didn’t even bother to vote. That’s damn near half of the country!!! I’ve heard many people say that their vote doesn’t count. Ummm…well to those people, in some states victories came down to less than 10,000 votes. That’s not a lot of people y’all! And at the end of the day, more people actually voted for Clinton than the other guy, just not enough in the right states (popular vote vs. electoral vote). I know that ignorance is bliss for some, but I’m not really clear on the ignorance that surrounds the sentiment that “my vote doesn’t count.” Yes the electoral college is antiquated, but that’s what we’ve got. And at the end of the day, people’s votes DO count. All of the voters who didn’t go to the polls in states like Pennsylvania and Florida, your vote still counted. I hope by not voting people will be content with what just happened and are okay with everything this new administration will bring. Seriously, this was not the time to sit home and twiddle your thumbs and whine and complain and turn a blind eye to what is happening in real life. 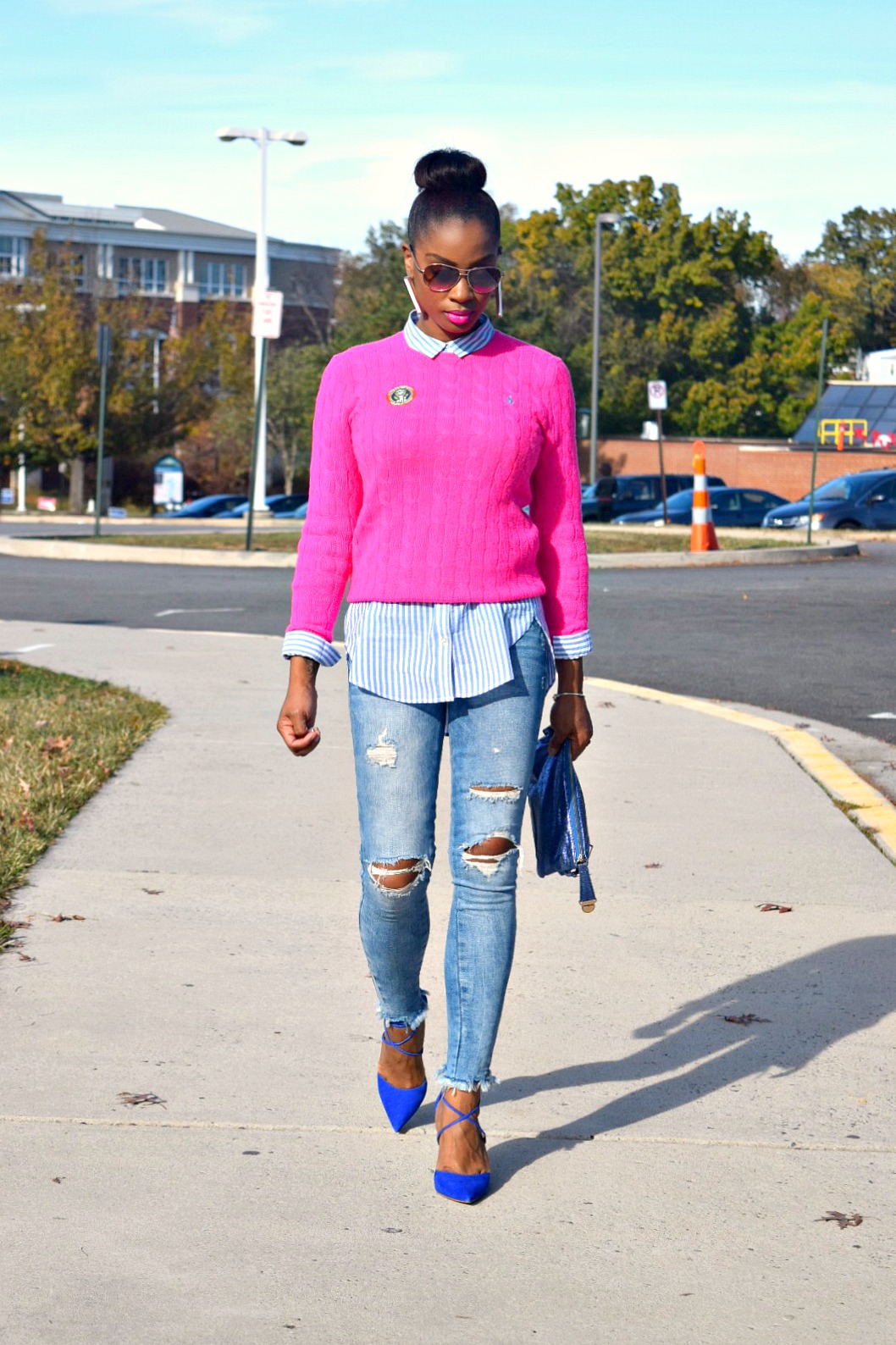 Some thoughts and sentiments from fellow Americans:

“I have to say that given the bigger picture of what Donald Trump represents, it’s not so comfortable for me because not only does he now threaten how things are going to be with kids of color, with women’s rights, with my right to decide what’s right for my body, not what somebody else says is right … This is a bigger picture, this is bigger than him, this ripples out in so many different — it affects gay folk, gay marriage, transgender people. This has huge effects whether we are a nation who believes in people’s rights as they are constitutionally guaranteed, whether we’re a nation that believes in the rights as God as guaranteed. Whatever you believe, no child should be afraid that their parents are going to be taken away because they’re Muslim, or Mexican, or black, no kid should ever have to deal with that and that to me is an issue.” ~ Whoopie Goldberg

“I am very sad about the way women have been treated during this campaign. That’s brought out some things that are very troubling. And I thought that we had moved beyond that. If the campaign rhetoric is an example, there are things that have gone backwards.” ~ Former US Secretary of State Madeleine Albright

“Take over the Democratic Party and return it to the people. They have failed us miserably.” ~ Michael Moore (see all 5 of his great points here)

Still we must have hope, as life inevitably will go on. 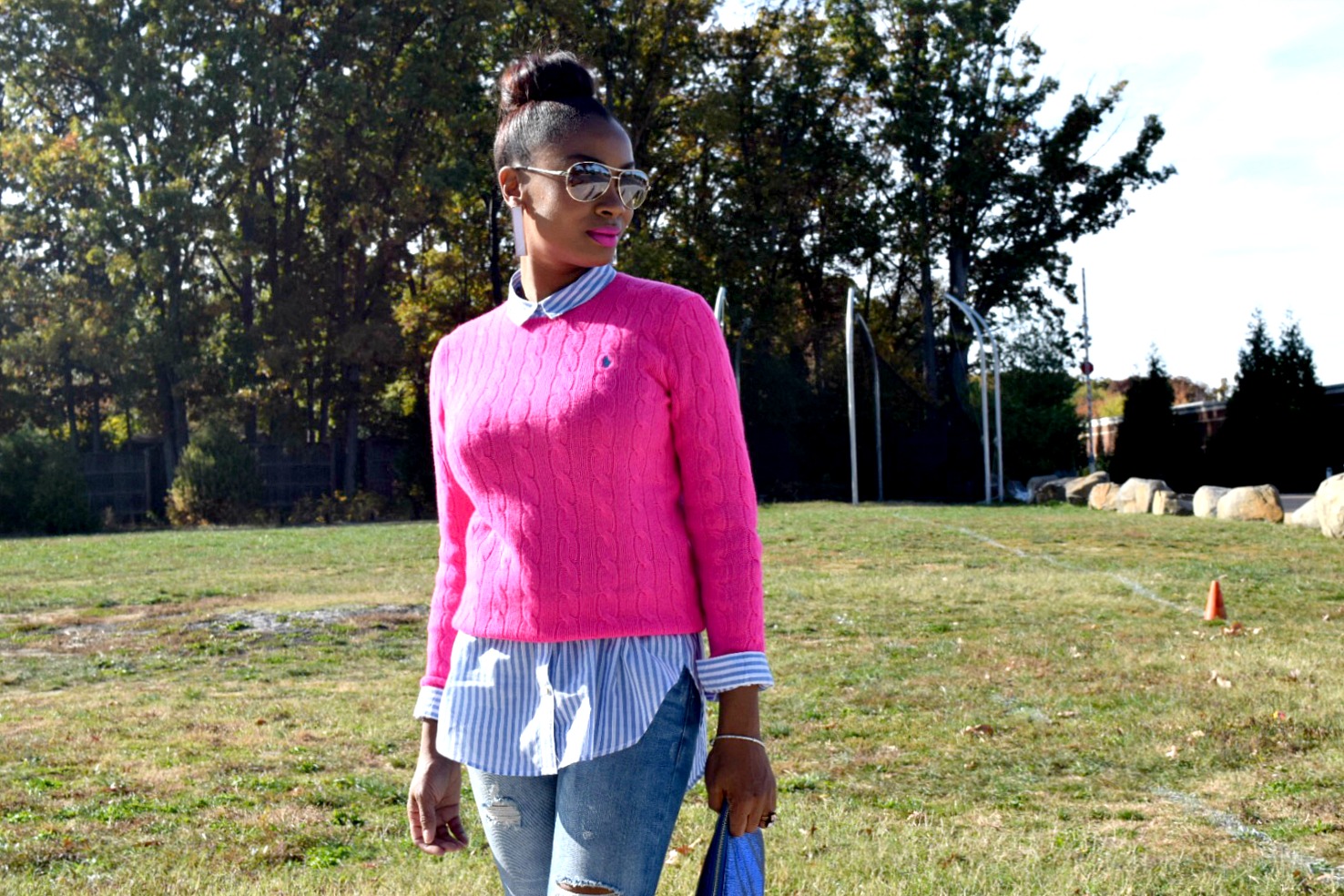 “Sometimes you lose an argument. Sometimes you lose an election. The path that this country has taken has never been a straight line. We zig and zag, and sometimes we move in ways that some people think is forward and others think is moving back. And that’s okay… That’s the way politics works sometimes. We try really hard to persuade people that we’re right. And then people vote. And then if we lose, we learn from our mistakes, we do some reflection, we lick our wounds, we brush ourselves off, we get back in the arena. We go at it. We try even harder the next time.

The point, though, is, is that we all go forward, with a presumption of good faith in our fellow citizens — because that presumption of good faith is essential to a vibrant and functioning democracy. That’s how this country has moved forward for 240 years. It’s how we’ve pushed boundaries and promoted freedom around the world. That’s how we’ve expanded the rights of our founding to reach all of our citizens. It’s how we have come this far.

And that’s why I’m confident that this incredible journey that we’re on as Americans will go on.“

My question to you is, what can we do differently now? America is still one unit, and we can’t allow this mindset of divisiveness to deplete us. Although the stench of racism can still be smelled in the soil that we walk upon and in the air we breathe, remember its the same stench that many of our ancestors smelled as they were chained together on a boat while lying in their own pee and shit, the same smell their bleeding flesh left in the air after getting beat with the whip, and the same smell dead bodies left as they rotted since many were  not afforded a proper burial as slaves. We can’t afford to let this smell overpower us now.

What can we do differently, or did our forefathers and foremothers get beaten to get us the right to vote in vain? I mean, half of the country didn’t vote and I’m not sure how many people of color that includes, but from the whole number it’s just common sense to think that it’s hell of a lot of people who stuck their middle fingers up to their grandparents and great-grandparents. And yes this includes the man everyone loves to quote and hang his picture right next to Jesus, your beloved Martin Luther King, Jr. Fuck him too right?

It’s not often that you have a chance to be a part of something, and even if that action seems puny, irrelevant, and outdated there are still certain things that you HAVE to do. When social matters are happening to some, they are happening to you too. As Hillary said, “when they go low, we go high.” “Go” is an action word, its a VERB. Be a part of the legacy that all of our ancestors have fought for because like it or not, ALL of our ancestors were transplanted or transported here no matter what color, race, or creed you are and they were down to fight for a better life for not only themselves but for their children. We live in a “right now” society which I understand, but when you look up from your little devices and Facebook pages there’s a real world happening that will continue to happen long after we are dead and gone but what that picture will look like is up to us. For example, the president elect has made mention that there’s no such thing as global warming. War may loom. Threats have been made to many overseas. The existence of the Department of Education is in question. If these ideas and/or actions pan out, how will this affect our children’s future? What will America look like 100 years from now? Throughout American history no matter what happened we have progressed. We’ve moved forward and have accomplished a lot, we’ve cared for others and other countries. Human rights have become increasingly tolerable for all and civil rights are a duty. We sleep at night under the intangible protection of a peaceful nation. Of course we have a lot of hiccups but look where we’ve come from! I just now pray for where we are going. 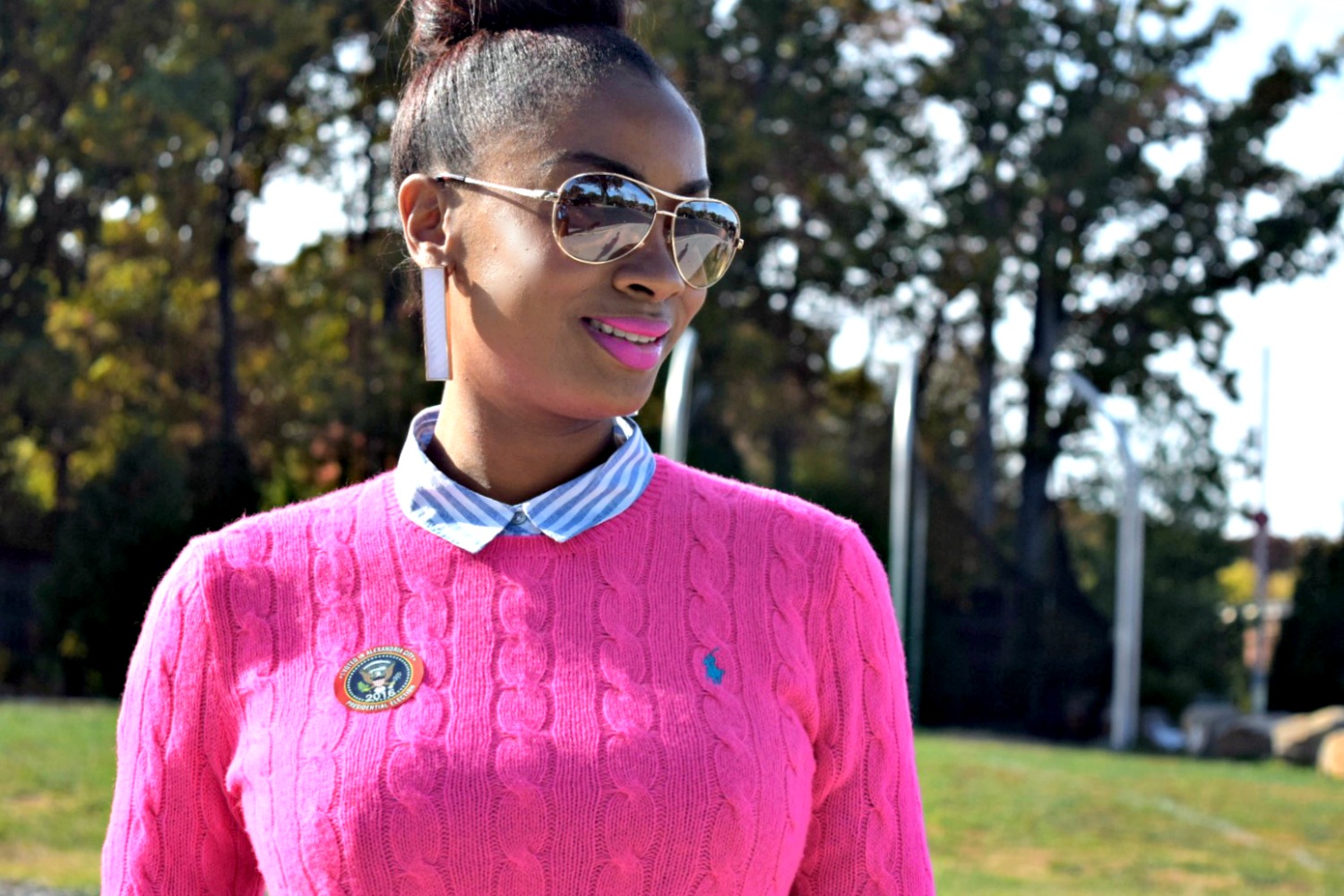 Feel free to comment and leave your ideas below. ♥ 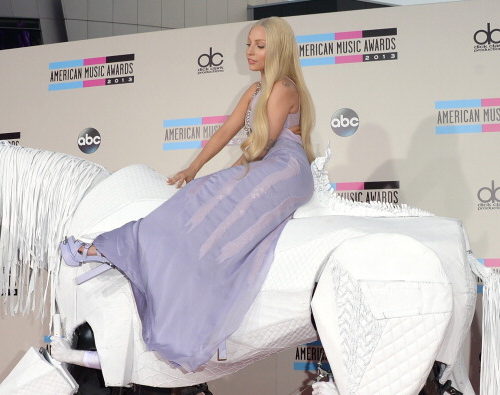 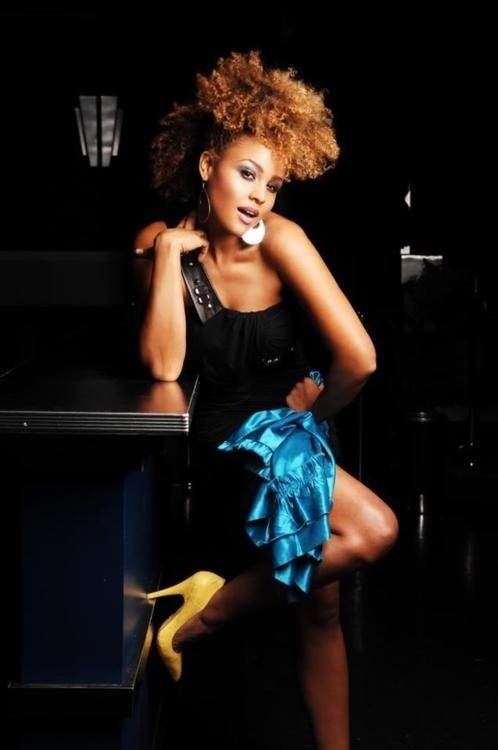 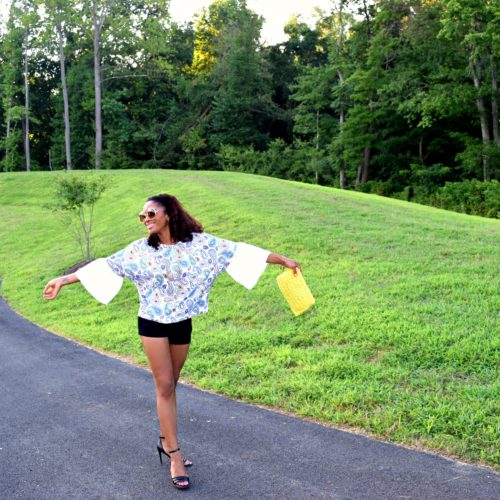 Eye on Style: Bell Sleeves
Shifts and Bombers – A Pairing for Fall
Fall into a Pleated Hem Sweater