Anyone who lives in the DMV (Washington DC, Maryland, Virginia area) knows that Happy Hour is a big deal. I can’t speak for other city’s…and I don’t know what Happy Hour means to everyone out there, but here…in the DMV…you will be at least 99.5% successful in locating a HH spot any night of the week.  That’s Monday thru Friday.  I wouldn’t be surprised if they have weekend HH’s too. DC works hard.  But they get it in after 5pm too, don’t get it twisted.

With that said, I’m not a stranger to a good HH myself.  Cheap drinks and eats and laughs and networking with the working crowd, why not?  I also love to try new things, and of course I love fashion, in case you didn’t already know.  So what did I find in my “what’s there to do new in the DMV” search recently?  The best of both worlds….a Fashion and Style Networking Happy Hour held by Facon Magazine!  Yessss…what a great idea right?  I thought so too so I went to check it out.

Most HH events in DC are in cool spots where the ambiance will have an element of flair, whether its trendy, quaint, mod, artistic, or a great view.  This particular HH was held at Avery’s Bar and Lounge on H Street in Northeast DC, a revitalized area of the city known as a hub for arts and entertainment venues.  I’ve heard about Avery’s and it’s fabulous rooftop, but I had never been.  So I was even more exited to hear that the HH would be taking place here!

One thing I have learned about networking events in DC, a city that can be prestigious and on the verge of hoity-toity, is that the term “networking” can easily translate into “job title show-off time” and “resume-rundown hour.”  With so many Government employees and lawyers and people who think the world will stop if they quit working because its the Capital of the Free World, you can imagine how things can get a little twisted and the “happy” can be sapped out of the “hour.” It happens.  Often.  So I had no idea what to expect of this very interestingly titled HH that included the word networking.  But I’m glad I went to find out.

As soon as my friend Kim (a fellow blogger) and I walked in, we met the PR/Marketing Director of Facon Magazine Ms. TaKeyia Dickens who was dressed in a wonderfully striped colorful dress and a big smile.  She greeted us immediately and invited us to drinks and a beautiful array of Georgetown Cupcakes (Yes...THE Georgetown Cupcakes that I’ve never had because I’m not about that 24/7 line outside of their door).  She introduced herself, and told us that she was a recent member of the Facon staff, and how she developed this particular HH to bring together like-minded people in the fashion and style industry within the DC area.  We told her it was a great idea!  From then on, I knew that this was not going to be like other Happy Hours.  I was already feeling happy and I hadn’t even hit the bar yet!  The attendees that followed showed the same friendly spirit, and it was truly a classic networking event.  And it was happy!  Being that this is the first Happy Hour event of the kind held by Facon, it was a good turn out and the vibe was on point.  I met some new people and saw some familiar faces, exchanged cards and numbers and we all had kumbaya- like conversations about our love for the industry as we gushed over our particular niches.  Needless to say….it was cool.  Real cool.  And if Facon wants to do this every month…I’m down… as I’m willing to spend a few hours a month being this happy! ~ StyleStamped 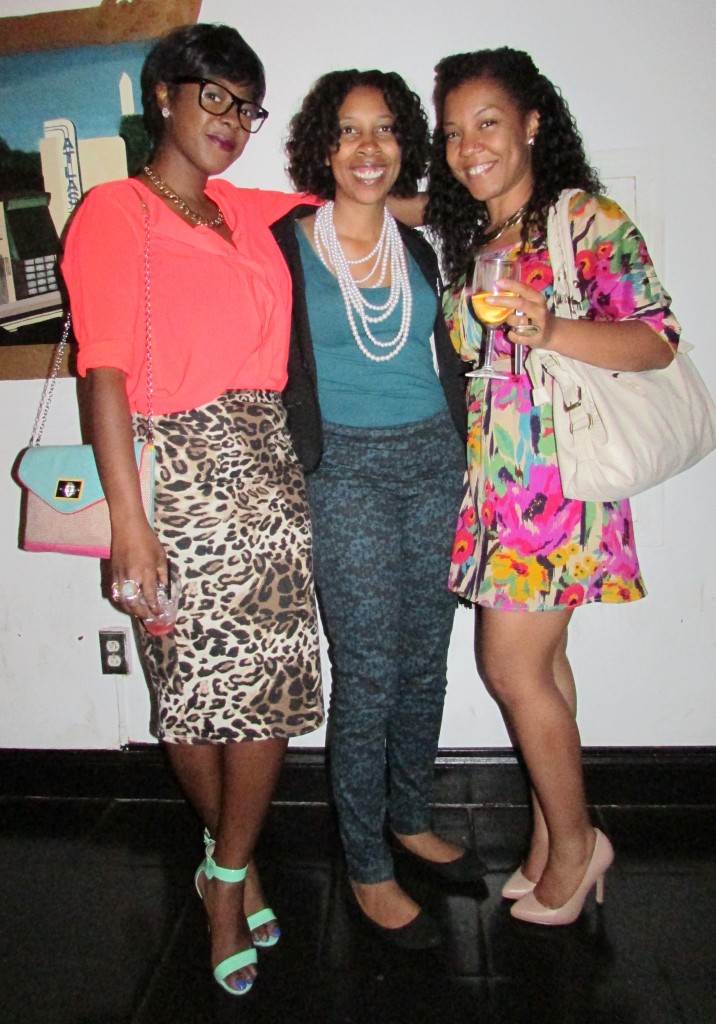 Tag this event at #CelebrateIndie

Even if you weren’t at this event you can still network!  Who was there? Find out and connect below: