The past few years have brought to the forefront an increasingly rocky relationship between Police and the citizens they are hired to protect, most specifically citizens of color. Cities across America have been touched by the recording of what in many cases appears to be police misconduct or excessive force towards persons who are usually unarmed. In between each of these incidents is of course the media who feeds us their version of the story and sometimes “fans the flames” to embrace the chaos that erupts in the aftermath of these unfortunate instances.  Recently I experienced the other side of the emotion that spewed from the death of 25-year-old Freddie Gray in Baltimore, Md. this past April. Gray, apprehended and arrested by Baltimore Police, sustained injuries from the arrest and died the following week. Of course this angered the community, and rightly so. This anger and confusion, fueled by a slight push from the media, landed Baltimore right on the front page of every newspaper and the main topic of every news station. Those of us who watched the chaos as it unfolded in Baltimore through the television remember the fire, violence, and of course the “mom of the year” who was filmed disciplining her teenage son in public. What we didn’t see, and therefore have no need to recollect, is the recipients on the other end of this violence and civil disturbance.

A few weeks ago I was in Baltimore to hang out and watch a live taping of Real Talk ‘N Sports podcast show that took place in Entropy, a sneaker boutique in West Baltimore. When I sat down to listen to the show, I couldn’t help but notice the wood on the entrance door where the locks were and more obviously, the electrician who was walking around installing a security device within the store.

I was interested to know what was going on with the door, so I asked. Reme and Justin, the store owners, told me that on April 30th, the second day of the riots in Baltimore, the store was attacked not once, but twice that day. The boutique, known for it’s exclusive shoes and urban wear, has a great vibe with music playing and lots of customized items to view and purchase. Only days away from a celebratory one-year store opening anniversary, young teens of color striked this black owned business, causing physical damage to the window, door, and merchandise. Product was tossed around, shoes were stolen out of boxes prepared for shipment to customers, and the store was left in complete disarray. The result was thousands of dollars of loss to a store that had done so well in its first year, a loss was at the hand of the very people who would likely serve as target customers. Black customers turned vandals on a black owned business, as a result of a black man who was killed at the hand of white cops. I honestly have no words to insert here.

I wanted to know how the owners felt and they each gave me one word answers, the first word that came to mind. Reme: “Angry“. Justin: “Violated“. Reme said when he found out the store had been hit, he was 10 minutes away. Once he got to the store after driving like a mad man through the city, all he could see was red. He was actually hoping the culprits were still there so he could confront them. Reme stated that he understands the frustration and anger that the city was feeling, but having his store hit was the same feeling as if someone, anyone, broke into his private house. Justin stated that he felt violated, and on top of that, there was no police reinforcement. At the time of the incident he called 9-1-1 and an automated machine answered. He left a message. The Police showed up two days after the incident.

I also wanted to know from the owners, if they had the opportunity to say something to the kids who attacked the store, what would they say?

Think before you act. If you think about it, what you’re doing is messing up your own home. Your anger is containable because the “powers that be” contain us during times of chaos, because we are messing up our own stuff in our own areas. “Your future doesn’t have to be built on destruction.” We shouldn’t have to always destroy in order to rebuild. If it was never destroyed, we wouldn’t have to take time rebuilding.

Needless to say, the store has been rebuilt, put back together better than before, and is open for business. The music is playing. Kicks are in place. And the merchandise is still dope (hence the sunglasses on my face). Reme’s 15-year-old niece Kwanshae is even there making bracelets by hand in the store. This black owned business is back in business.

“The limitation of riots, moral questions aside, is that they cannot win and their participants know it. Hence, rioting is not revolutionary but reactionary because it invites defeat. It involves an emotional catharsis, but it must be followed by a sense of futility.”

Thanks for reading xoxo ~ Yana B. ♥ 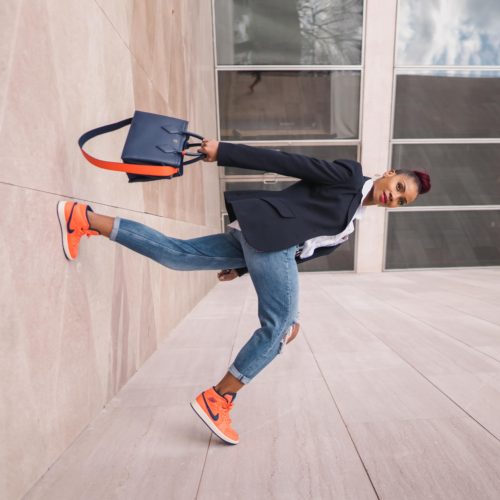 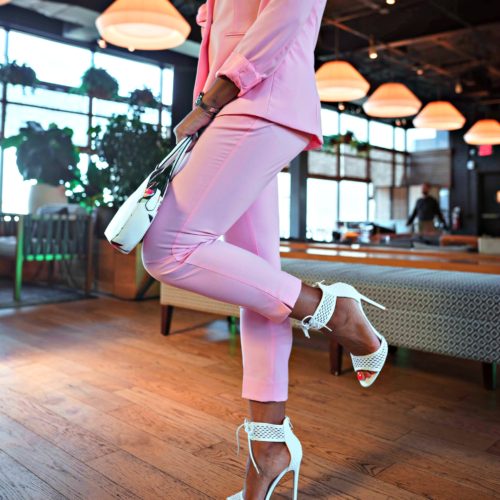 5 Ways to Wear a Colorful Blazer
Style and the City: The Yard DC
The Natural Aristocratic Tea: A Royal Affair